Hellllllllllllllllllllllllllllllllooooooh! So, last I checked there were about two months of India and Sri Lanka travels that had been yet to have posted on this little here blog of ours. Two months of SWEAT and smiles; spicy meats, exotic trance beats, and blinding desert heat; two months of monkeys and childish country bumpkins; two months of new friends and strange trips with stranger ends; two months on a roller coaster of ups and downs and ins and outs; of tear-inducing sights and smells; of fortuitous reunions and thankful new beginnings, of rented scooters and about ten thousand cute pooches…

Life is long, many things happened and we had too many days doing everything (and a whole lot of days doing nothing too, to be honest) possible that the importance of updating this blog city by city and day by day fell to the wayside.

Will we update this blog with the rest of our India/Sri Lanka trip? Unlikely, but I do have a few notebooks of chicken scratch handwriting detailing the events of these days so perhaps something will come from it in the future. (Graphic novel? Live-action recreation of the events of our trip using the full cast of the upcoming Lion King remake? Hope so!)

Two days after Manny and I came back to NYC in May 2018, we sped up to the North Jersey/NY state border to join the wedding of my great friends, the world-nickname-famous Mr. Patrick “Beef Town” Bieger and the lovely Danielle “Eager to Be a Bieger” Bieger (formerly LaBruna, they were not related prior to marrying FYI). As wedding officiant, my role was to both look like a messianic Jesus figure (No problem) and write a speech (thank you 24-hour plane ride home for providing the necessary lack of internet).

Wedding completed successfully, Manchit making the rounds meeting many of the best people in my world for the first time (good job!), we spent another couple weeks in NY before she zipped back to China.

THREE whole weeks later we joined back together once again for ten days in Barcelona (Yes, there was a plan to do a blog update for this one too…) with Manchit’s crew for the 25th Sonar Festival, one of the most respected electronic events in the world. Three days of intense partying (earplugs are your friends, people) and we found ourselves blinking in the 8am sunshine outside the gargantuan Fira Gran Via convention hall with the 20,000 or so concertgoers who had lasted till the end. We threaded our way through the throngs of drunk and stoned party-goers cracking new beers and new pills under the blinding morning sun and found our way to the event’s lost and found office. Manchit (as well as two others from our group of about 12) had her phone stolen from her purse, but in a box of hundreds of IDs, wallets, and phones, her items were not to be found. 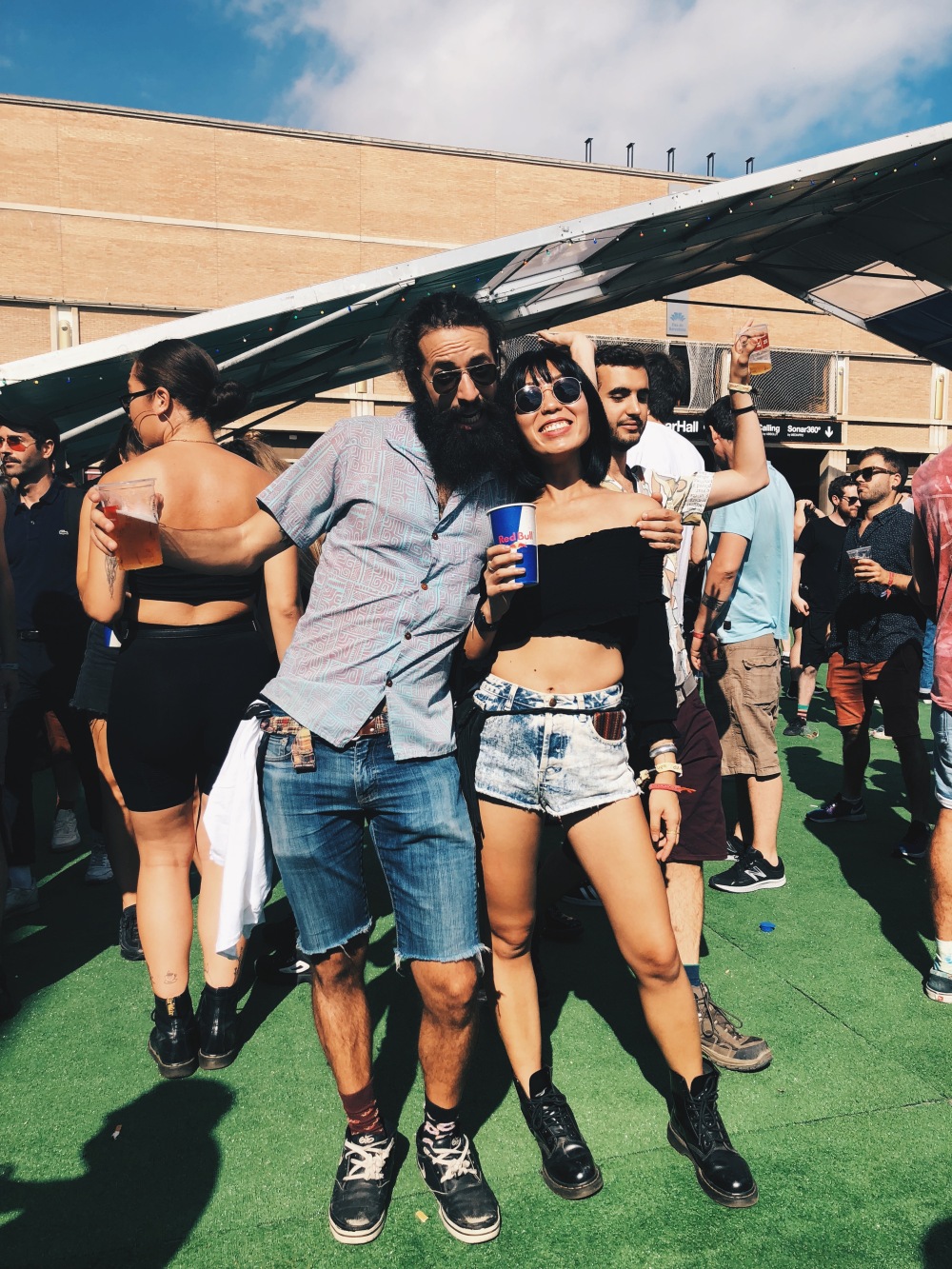 Manchit and I spent the next week exploring the gorgeous city: tapas and red wine in quaint city squares, sunsets from our huge private balcony, visits to numerous Gaudi buildings and museums, perfect weather and skies that impossible shade of blue that only exists in film, in paintings, or, it seems, in Barcelona. We even were able to meet up with my friend David from Madrid, who fortuitously came to Barcelona for a long weekend with his wife and ended up taking us on a whirlwind of food and booze across the city. 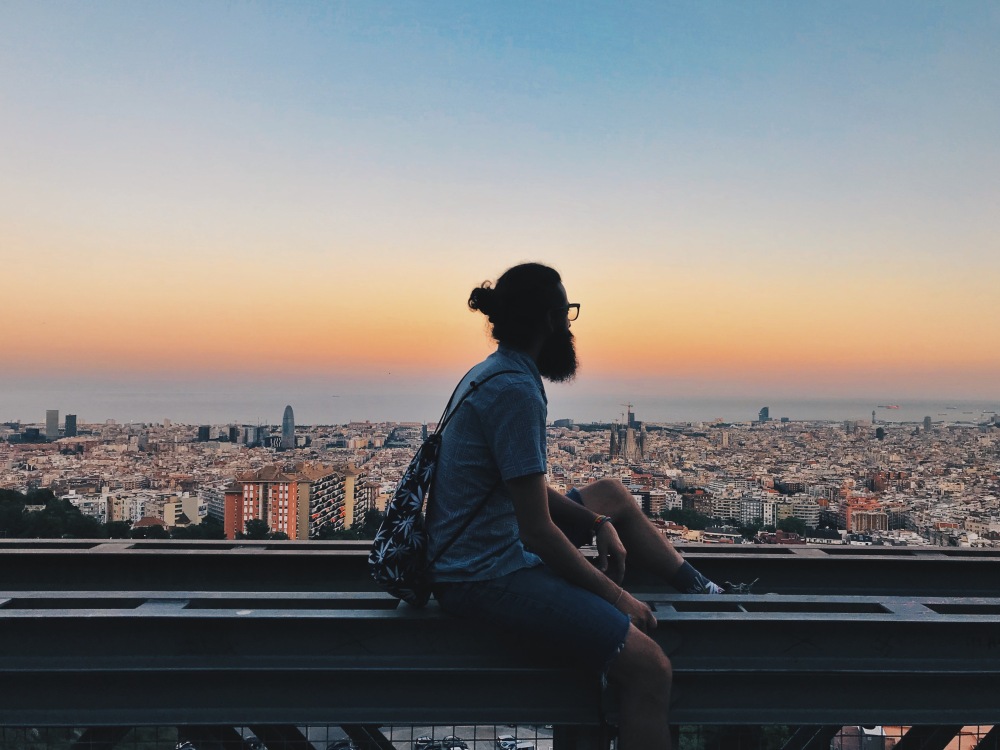 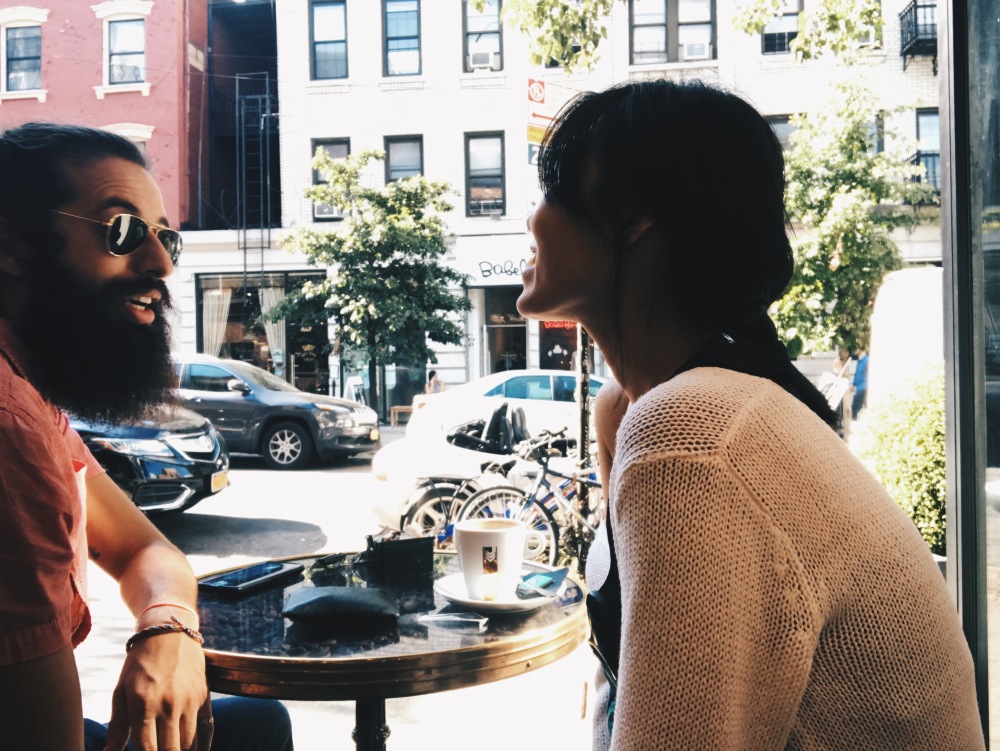 June in Barcelona adventures completed, Manchit and I separated for a *LONG* three month gap before she flew back to NYC at the end of September. On Oct 7th we slipped out of the city via JFK and a few quick, uncomfortable sleeps later our plane touched down at the beachside airport outside of Nice.

We’ve only been in Nice for two days, so our impressions are mostly superficial at this point. The city is beautiful – uniformly attractive buildings of around six stories in shades of blue, white, yellow, and pink. More expensive than I was expecting, but still less than London, Vienna, and New York. The first full day in town we headed down to the docks (filled with everything from small canoe-like boats to huge super-yachts) then worked our way east. Underneath (and practically hidden from view of passersby) the rising beachfront walkway, numerous topless sunbathers stretched out in alcoves sea-carved from the rock and small patches of dry rock-strewn beach. Onward and upward we walked, following the curves in the road up Mont Alban, a nearby mountain offering panoramic views of the city. 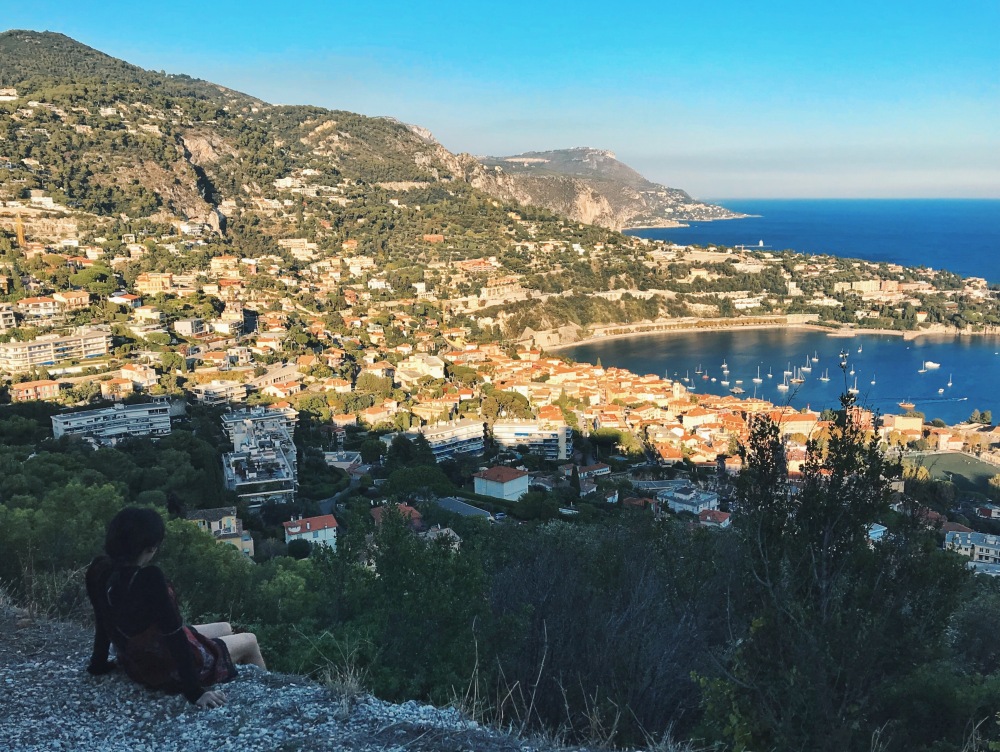 Reaching the summit of the small mountain lies the seen-better-days Fort du Mont Alban. Expecting a crowded, lively scene of mountaintop eating and drinking as we saw on the peak above Barcelona, we prepared for the top with a bottle of wine, meat, cheese, olives, bread, a single apple, and shrimp, but we found only a few handfuls of people. We took a lap around the area before finding an appropriate area to relax and watch the sunset – one of the few suitable places we saw and perhaps why the mountaintop is not a popular sunset dining spot.

Sun down and temperature dropping, back down the mountain with our phones as flashlights, and onto the search for dinner. No time to delay as we are also finding Nice to shut down much earlier than cities like New York, Berlin, or Barcelona. By 10 most restaurants are closed or closing and since many seem to not open until 6:30 or 7 there are only a couple windows in time to grab a meal. No worries, we’ll live like the locals and try to go to bed earlier than normal. Hasn’t happened so far, but we’ve still got a few days left in Nice to get it right 😉

Talk to ya in a bit.